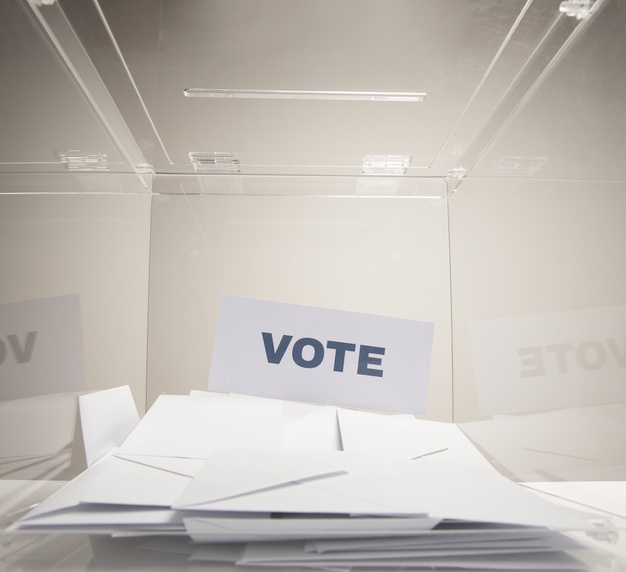 This week, year 5 and 6 have marked the UK General Election by nominating their own Pupil Prime Minister. The children were firstly given the child-friendly manifestos of the Labour, Conservative, Green and Liberal Democrat parties and had to decide, based on each party’s promises, which one they would support, writing down their reasons behind their choices.

After they had chosen, each party used a different room as their campaign headquarters, writing speeches, making promotional videos, creating posters and badges, all for their chosen party. Those who wished to lead their party had to write a persuasive speech about why they should be voted leader. Chosen to lead their parties were Maria S (Liberal Democrats), Emily G (Greens), Delilah (Conservatives) and a tag team of Linna and Jack (Labour).

Following their campaigning, the whole of KS2 gathered to listen to the passionate and persuasive speeches of the party candidates, before a final vote on Wednesday using voting slips and ballot boxes. The results, announced today (Thursday) in assembly, gave the Green Party a convincing victory, with environmental issues and the abolishing of SATs at the forefront of voters’ minds.

It was a great way for the children to engage in democracy at an important time for our national politics!

Date: 27th May 2022
We use cookies on our website to give you the most relevant experience by remembering your preferences and repeat visits. By clicking “Accept All”, you consent to the use of ALL the cookies. However, you may visit "Cookie Settings" to provide a controlled consent.
Cookie SettingsAccept All
Manage consent

This website uses cookies to improve your experience while you navigate through the website. Out of these, the cookies that are categorized as necessary are stored on your browser as they are essential for the working of basic functionalities of the website. We also use third-party cookies that help us analyze and understand how you use this website. These cookies will be stored in your browser only with your consent. You also have the option to opt-out of these cookies. But opting out of some of these cookies may affect your browsing experience.
Necessary Always Enabled
Necessary cookies are absolutely essential for the website to function properly. These cookies ensure basic functionalities and security features of the website, anonymously.
Functional
Functional cookies help to perform certain functionalities like sharing the content of the website on social media platforms, collect feedbacks, and other third-party features.
Performance
Performance cookies are used to understand and analyze the key performance indexes of the website which helps in delivering a better user experience for the visitors.
Analytics
Analytical cookies are used to understand how visitors interact with the website. These cookies help provide information on metrics the number of visitors, bounce rate, traffic source, etc.
Advertisement
Advertisement cookies are used to provide visitors with relevant ads and marketing campaigns. These cookies track visitors across websites and collect information to provide customized ads.
Others
Other uncategorized cookies are those that are being analyzed and have not been classified into a category as yet.
SAVE & ACCEPT
Powered by